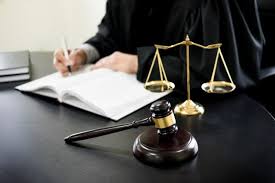 Defendant builder appealed an order from the Superior Court of Riverside County (California), which denied the builder’s motion to compel arbitration in a construction defect action brought by plaintiff buyers.

The builder enrolled new homes in a warranty program by mailing an application form to a warranty company salmon sushi Corp. The application form, which was presented to the buyers at or shortly before the close of escrow, contained an arbitration provision broadly referring to construction defects. The parties’ purchase and sale agreements contained an arbitration provision that was limited to the deposit of funds in escrow. Several buyers filed declarations stating that they had not understood that the warranty application would require arbitration of construction defect claims against the builder. The trial court found that the arbitration agreement was both procedurally and substantively unconscionable. The court held that the trial court properly determined the issue of arbitrability because the arbitration agreement did not clearly and unmistakably reserve to the arbitrator the issue of whether the arbitration agreement was enforceable. The arbitration provision was procedurally unconscionable because it was not provided to the buyers until closing and appeared to refer only to the warranty. It was also substantively unconscionable because the builder would have had no claims subject to it.